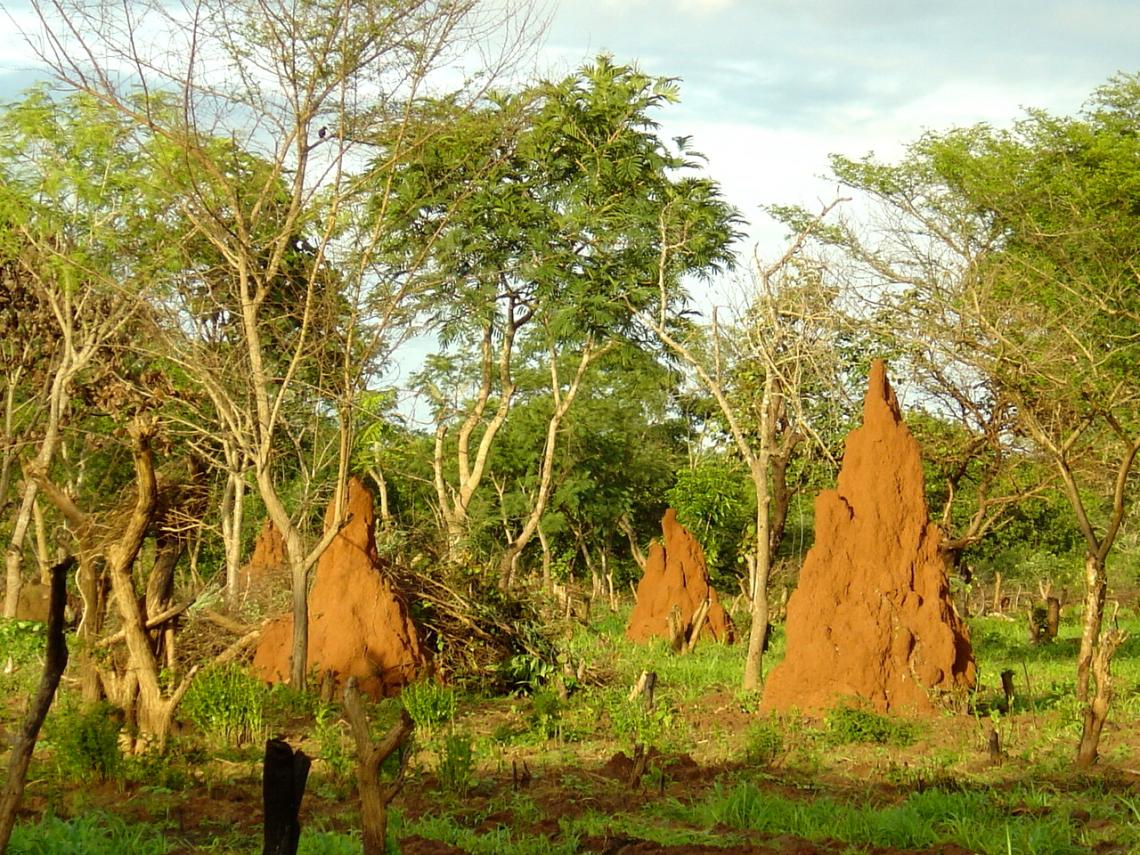 TERMITES AND THE MOUNDS

Termite mounds are primarily composed of termite saliva, feces and clay. Termites carefully construct mounds that are composed of a series of tunnels for air flow and also traveling when they are foraging for food.
The walls are very porous, hence facilitating air flow.

A single termite can  barely be  bigger than the moon of a fingernail, its semi-transparent exoskeleton as vulnerable to sunlight as to being crushed by a child in flip-flops. But in groups of a million or two, termites are formidable architects, building mounds that can reach 17 feet (5 meters) and higher. The 33 pounds (15 kilograms) or so of termites in a typical mound will, in an average year, move a fourth of a metric ton (about 550 pounds) of soil and several tons of water. Termites can be found in most part of the world except on Antarctica.

Posted 9 months ago by Saidou Bah