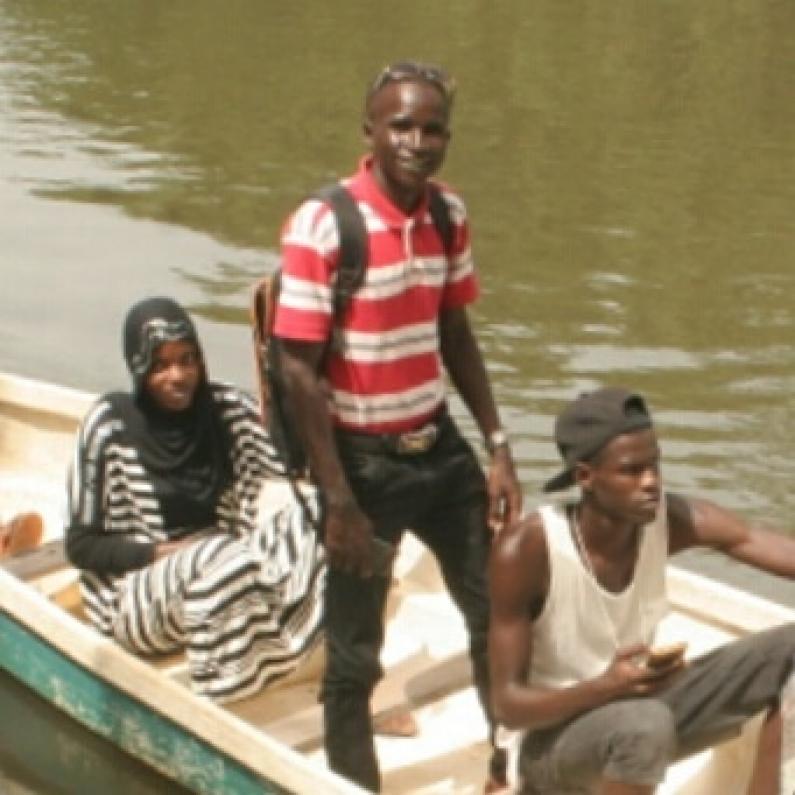 Janjanbureh formerly known as Georgetown, an old British settlement  in the hinterland founded in 1832, on the island of McCarthy. Visitors  can walk into the old  slave dungeon – a dank subterranean storeroom adorned with recently added chains and lit by flickering candles to enhance its sinister mood.

Another landmark with tenuous slave trade associations is the Freedom Tree which was planted in front of the police station to replace the original in the year 2002, and has become the subject of a legend. Its  affiliated to the Freedom Flag at Albreda.

Janjanbureh/Georgetown.
The island is accessed by bridge from the south bank, and small boat ferries or government ferry on the north bank.
The Island Town of JanjanburehFounded in 1832, on Janjanbureh Island in the river Gambia eastern part.
McCarthy Island.It was formerly known as Georgetown.